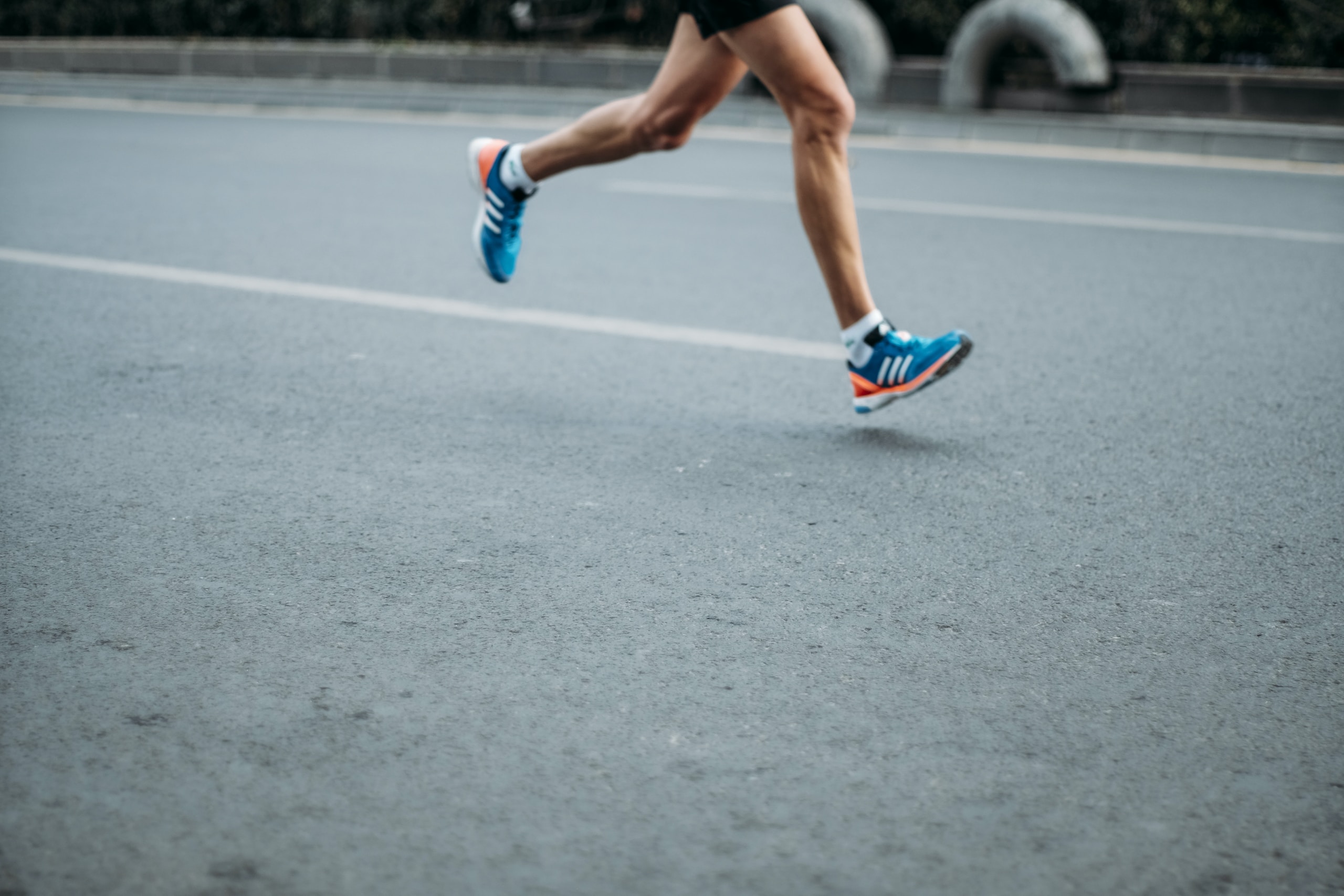 Photo by sporlab on Unsplash

Like many others, I tried intermittent fasting in an effort to lose a couple of unwanted pounds. What I accidentally discovered, though, that IF has a hugely beneficial impact on my marathon training.  This is my personal story of how I started intermittent fasting, the effects it had on my marathon training, and why I’ve stuck with IF, even after achieving my weight loss goals.

Frustrated & Out Of Shape

I’m an avid runner, always training for something, and usually run about two marathons a year.  But a couple of years ago, I got sidelined from running with a nagging hip injury.  While the injury itself wasn’t anything major, it did prevent me from running any kind of meaningful mileage.  Over the course of several frustrating months of little to no running, I put on some unwanted pounds and was very out of shape.  When the injury finally healed and I returned to running, my pace was frustratingly slow, and I simply didn’t feel good.  Even as I tried increasing my training volume, the weight stubbornly stayed on, and my fitness just didn’t seem to be improving.

I recognized that my weight gain was contributing to my training difficulties, so tried losing some weight the “traditional” way.  I tried dieting and calorie restriction and continued to train.  I’ve always heard, and believed myself, that it was impossible to train well and lose weight at the same time, and my experience seemed to support this theory.  Dieting seemed to just make training worse. I was always hungry and felt like I didn’t have the energy to complete my runs.  And troublingly, I didn’t really lose much weight!  Whether I was being dishonest with myself about calorie consumption or simply had reached some set point weight, I don’t really know.  But for whatever reason, I couldn’t shake the extra pounds and my running just sucked.

I was overweight, out of shape and frustrated.

On a whim, I tried out this thing called “intermittent fasting” to see if it could help me out.

Part of the appeal of intermittent fasting is that it’s so darn simple.  While there’s infinite variation in the exact schedule of eating and fasting, there are some really simple effective options to get started.  I went with the simple 16:8 scheme: 16 hours of fasting, and an 8 hour eating window.  Like many who do this approach, I chose a feeding window of 12PM to 8PM, or as most would simply describe it, I just “skipped breakfast” and made better decisions about eating and snacking in the evenings.

I would typically train in the mornings, so running in a fasted state, but to my surprise, I got used to it pretty quickly.  I found that running actually had an appetite suppressing effect.  Even when I was hungry before training, I felt find once I started running, the hunger wasn’t an issue.  And that effect lasted for several hours afterwards!

Before running in the morning, I would drink black coffee and if I’m being honest, this was probably the most difficult adaptation I had to make.  Also, though I didn’t really feel much hunger, I did sometimes feel a bit more parched than usual. So I focused on hydration and found that a glass of saltwater with lemon juice was very refreshing.

Much to my surprise, even as I was starting to lose some weight, my training didn’t suffer–in fact, it got progressively better. Running in a fasted state seemed to help out with my endurance, especially with sustained efforts.  I’ve since come to understand that working out in a fasted state can help train the body to rely less on glycogen from carbohydrates, and instead, rely more on fat oxidation for energy–a trait that is crucial for long distance training.  In marathon training terms, training while fasted can help you avoid “hitting the wall“.

Of course, while running fasted is great for training, most signs show it’s less than ideal for performance when actual pace & endurance really matter, like race day. So there were a couple of times I broke the rules and ate normally in the morning: before prep races (like a couple of 5k’s) and before some key workouts which I use as “pace tests” to simulate race day.  A general rule of marathon training is to not try anything new on race day, so even if you’re following IF religiously, I think it’s important to try fueling normally before a couple of long runs just to make sure your body is used to it.

As I mentioned before, fasting is great for training, but probably not the best for race day.  So race morning, I did fuel the way I would normally for a race: gently sipping Gatorade, a nibbling at a bagel and a banana, careful not to eat too much before the race.  Even on race day, I’m not too religious about fueling, so I also fueled normally during the race itself, which meant gels and Gatorade as needed.

The race itself is almost the least interesting part of the story.  I ran the first mile in 6:20, fell into a groove with a couple of fast guys, and managed to hang on to that pace for the whole race.  I crossed the finish line in 2:46–over 11 minutes faster than my previous PR.  I was elated, and I owe it, in large part, to intermittent fasting.

Sometimes when I tell this story, people are skeptical. “You only ran that pace because you lost the weight”.  That’s in part true, losing the weight is a huge help to running fast.  But if you read the story, you’ll see that I wasn’t even able to lose weight and train well without IF.  And moreover, I’d run many races at this weight before my injury and never had such a performance.  While I can’t say it will work for everybody, I can say that IF and marathon training works for me.

With low expectations, I started IF in a frustrated attempt to lose a couple of pounds.  But I was astounded by the positive results, and decided to stick with IF even after achieving my weight loss goals.  The experience has made me a bit of an evangelist telling everybody who will listen about the positive impact it has had on my health and on my training.  Like everything else in like, I don’t believe that intermittent fasting and time restricted feeding are appropriate for everybody and every situation.  But I do believe it’s an incredibly powerful tool to have in the weight loss and training toolbox.